His Highness Sheikh Mohamed bin Zayed Al Nahyan received today Prime Minister of Israel Naftali Bennett at the Al Shati Palace. Bennett offered his condolences to the Emirati leader and the Emirati people on the passing of Sheikh Khalifa bin Zayed Al Nahyan at the beginning of the meeting. The late Khalifa bin Zayed was also praised for his service in extending the bridges of communication and peace throughout the world. 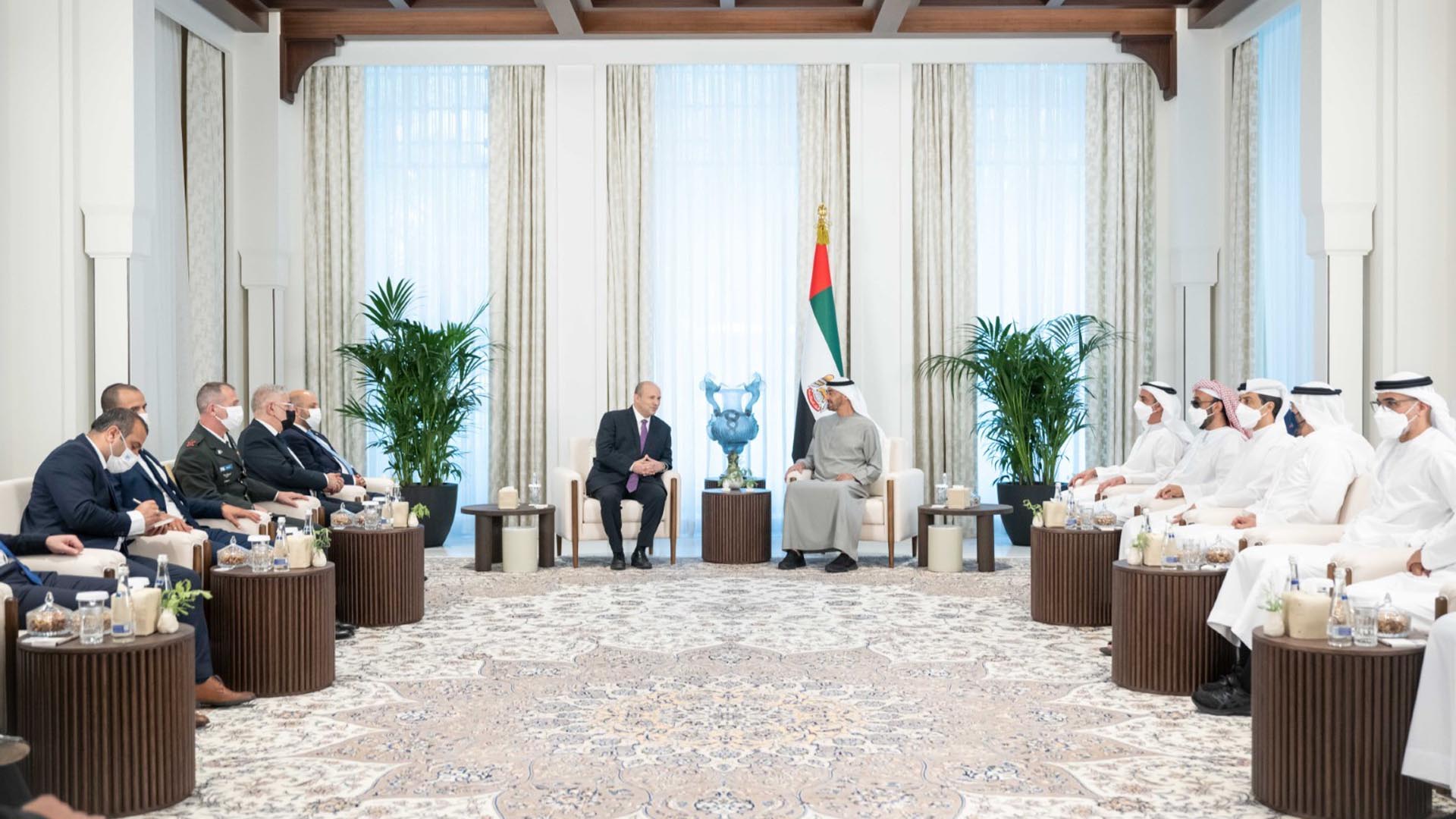 The Israeli PM also congratulated Sheikh Mohamed on assuming the presidency of the UAE and wished him success in bringing prosperity to the Emirati people. He noted that his country looks forward to working with the UAE to expand cooperation horizons in the near future. This will be for the benefit and prosperity of their peoples and the people in the region.

In a message to the Israeli people, the UAE President thanked the Israeli Prime Minister for the warm feelings he expressed towards the UAE. During the meeting, the UAE President and Israeli Prime Minister discussed cooperation paths and development opportunities in various investment, economic, and economic development sectors. They also discussed food security and health fields, as well as other vital areas to realize the future aspirations of both nations.

Rapid and concrete EU expansion is sought by Germany and France