On Sunday, Argentina won their third FIFA World Cup by defeating France 4-2 on penalties after Lionel Messi scored twice in a 3-3 draw and Kylian Mbappe scored a hat-trick to bring back the holders after going 2-0 and 3-2 down. It was an incredible night of drama, high emotion and fluctuating fortunes, delivering one of the all-time memorable finals to cap a wonderful tournament as its two star players delivered commanding performances on the biggest stage of all. 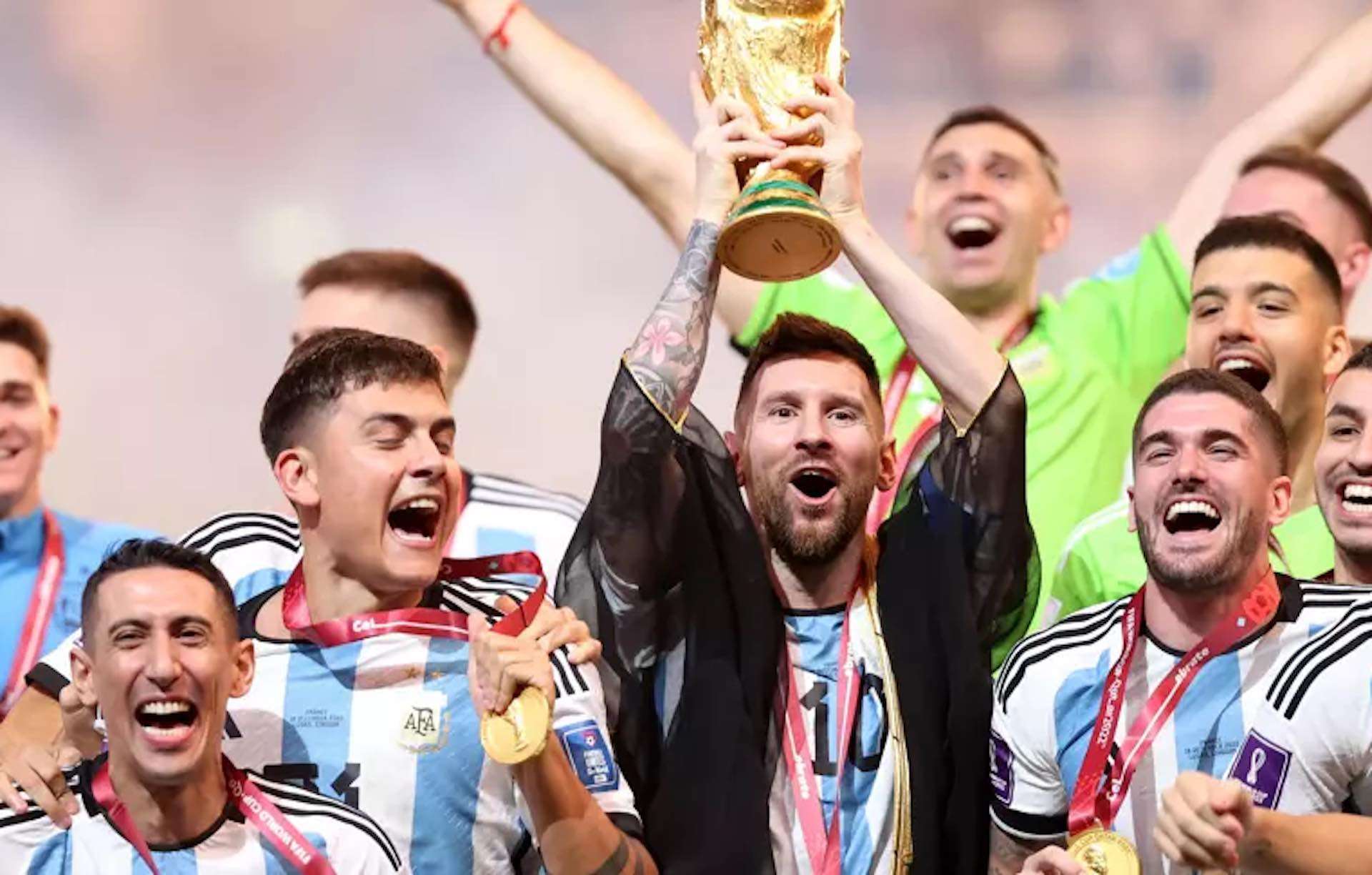 In the first half, Argentina looked to be cruising to a one-sided victory after Messi’s penalty and a brilliant goal by Angel Di Maria put them in total control. However, after converting a penalty in the 80th minute and volleying in a sublime equalizer a minute later, Mbappe brought the game to a close.

Messi put Argentina ahead again, but Mbappe levelled with another penalty, becoming the second player to score a hat-trick in a World Cup final after Geoff Hurst in 1966. In the shootout, Argentine keeper Emiliano Martinez saved Kingsley Coman’s effort and Aurelien Tchouameni failed to score. After giving away a penalty for France’s third goal, substitute fullback Gonzalo Montiel had the opportunity to redeem himself. He did so by calmly sending Hugo Lloris the wrong way.

It meant that after his record 26th World Cup match, at the fifth and final time of asking, the 35-year-old Messi claimed the trophy his talent and commitment to his country demanded, elevating him alongside Diego Maradona, Argentina’s first football god, who carried them to their emotional second triumph in 1986 following the first in 1978.

I want to conclude my career with this. It was the one thing that was missing, and I cannot ask for anything else,” said Messi, who has played 172 times for his country. It was at the end of my career that I received the Copa America and now the World Cup that I had fought so hard for. I have now achieved this prize. However, I still love football and wish to continue living the world championship life for a few more games.” The victory seems even more incredible given that his team began the tournament by losing to Saudi Arabia, which was statistically the biggest upset in World Cup history.

“How can we have suffered so much in a flawless game? It’s unbelievable, but this team has responded to everything,” Argentina coach Lionel Scaloni said. “They did an excellent job with the blows they suffered today. I would like to encourage people to enjoy this historic moment for our country.” As Argentina controlled the first hour, outrunning and outfighting a flat French team that appeared unlikely to be able to win the title for the first time since Brazil 60 years ago, there was almost no sign of the drama ahead.

Pele, the 82-year-old Brazilian soccer legend, has passed away