In Indonesia’s most devastating stadium disaster in half a century, panicked fans were crushed and trampled as they tried to flee a riot, authorities said. During a game in East Java province, fans of a losing team invaded the pitch to express their frustration. Officers responded by firing tear gas, resulting in a stampede and cases of suffocation. As many as 129 were reported dead including 17 children. 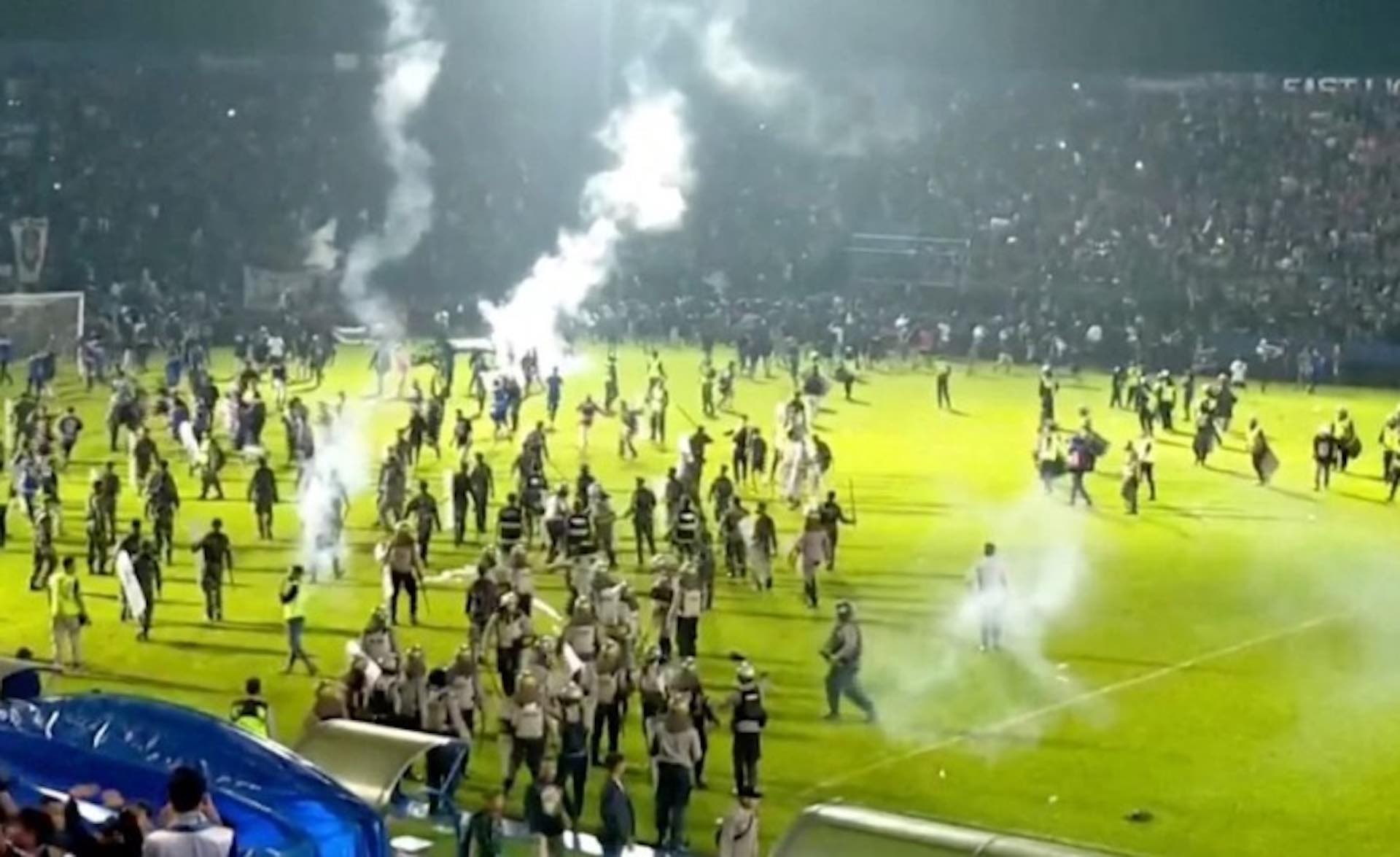 The incidence of violence and hooliganism in Indonesian football has long been a problem, especially in Jakarta, the capital. However, Saturday’s disaster in a small town in Java has put the spotlight on it. Mahfud MD, Indonesia’s chief security minister, said the government would form an independent fact-finding team to investigate what happened, including academics, soccer experts, and government officials.

A crush occurred when fans fled for an exit gate as the situation turned anarchic. “They began attacking officers, they damaged cars,” East Java police chief Nico Afinta said. Following Arema FC’s 3-2 loss to Persebaya Surabaya, local news stations showed footage of fans streaming onto the pitch. As reported by Reuters, scuffles were seen, with what appeared to be tear gas in the air.

Shaikh Salman bin Ebrahim Al Khalifa, the head of the Asian Football Confederation, has expressed condolences for the victims, their families and friends, saying he was deeply shocked and saddened to hear the tragic news. It was a dark day for everyone involved, FIFA, the governing body for world soccer, said, asking Indonesian football authorities to investigate and report. Firearms and crowd control gas are not allowed at matches, according to its safety regulations.

Pele, the 82-year-old Brazilian soccer legend, has passed away